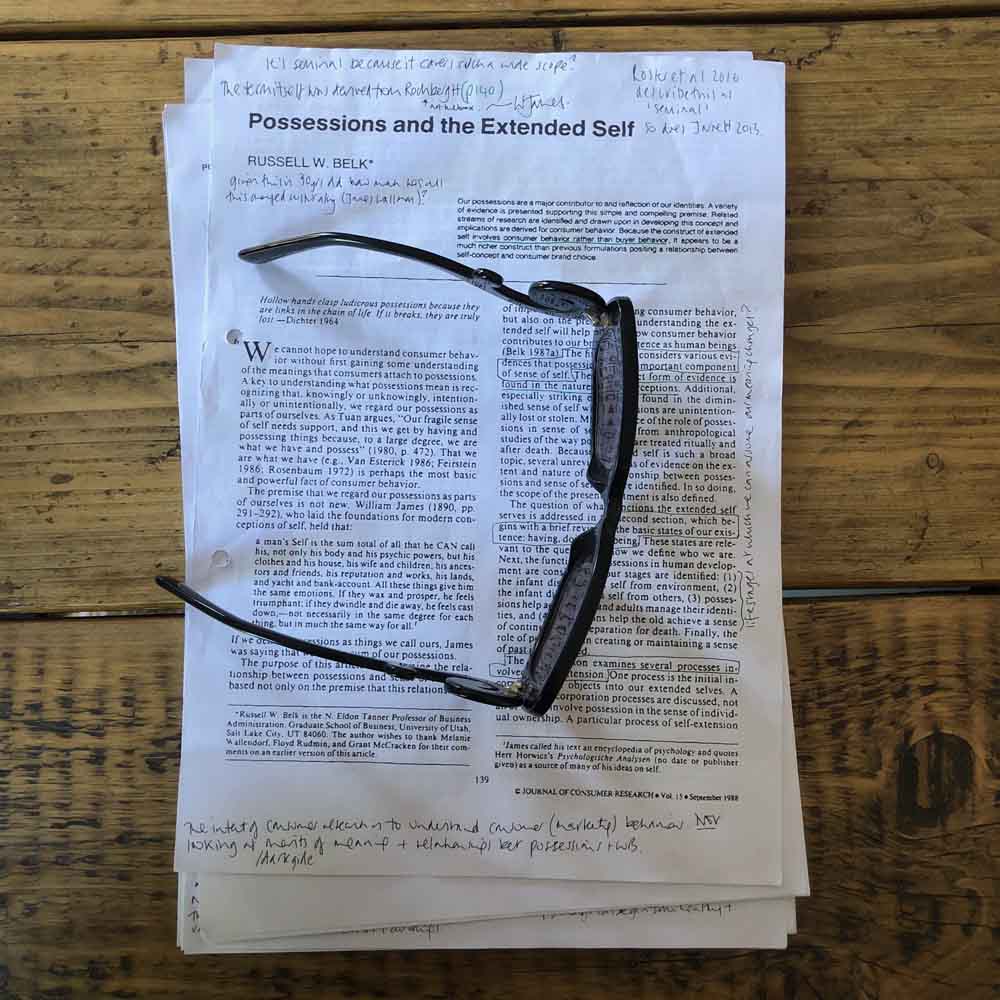 After my father in law died we all found such comfort in some of his possessions - mostly his big cuddly jumpers. Nearly three years later all his grandchildren still delight in rocking up in one of them - 'even though it's lost its smell'. Russell Belk would say that this is because possessions are extensions of their owners. It makes sense, doesn't it?
For me, this paper is a real key to increasing understanding - and acceptance - of the complex, nuanced relationships we all have with some, perhaps all, of our possessions.
Many of us can relate to the quote from the woman whose bicycle is stolen; "You stole a piece of my life.... you walked off with my memories".
Read more
Back To Top